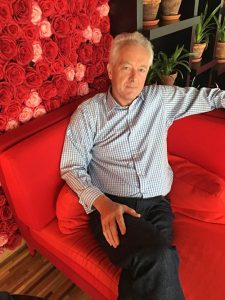 ‘Christopher Long was exemplary … I would highly recommend Mr Long for similar work, not only for his excellent skills but also for his demonstrated commitment to the work.’

‘Dear Christopher, Many thanks for your superb copy editing. You’ve saved me from several silly errors, for which I’m very grateful.’

‘Ben Berger has asked me to pass on his thanks to you for your fabulous work on the manuscript. Many thanks again from me too.’

Christopher Long has worked for four decades with some of the world’s leading legal and academic publishers, in London, Oxford, Cambridge and overseas, besides assignments with government and international bodies, as well as mainstream commercial organisations (see select list of clients).

Graduating in 1980, he then studied Book Publishing at Oxford Polytechnic, being awarded the CNAA Post-Graduate Diploma in 1981.

A career in London followed, working in-house as an editor for academic and legal publishers.

This period culminated in the setting up of the Editmaster Company, an editorial, translation and marketing services provider which worked extensively with Cadmos of Hamburg to translate and publish highly illustrated equestrian and general interest books throughout the English-speaking world. Editmaster’s sphere of operations grew gradually wider, eventually incorporating translation, all types of editorial work, commissioning of photography, marketing and representation at trade fairs, and warehousing and shipping transactions.

In 2007 Christopher received an offer of long-term research work on a project for the Department of Trade and Industry. This was followed by an assignment with the Lord Chancellor’s Department, editing judges’ benchbooks. Further such work led eventually to a period in Geneva where he worked for the United Nations as editor of UNCTAD’s flagship publication, World Investment Report, also drafting press statements and speeches.

Christopher Long is a Professional Member of the Chartered Institute of Editors and Proofreaders.